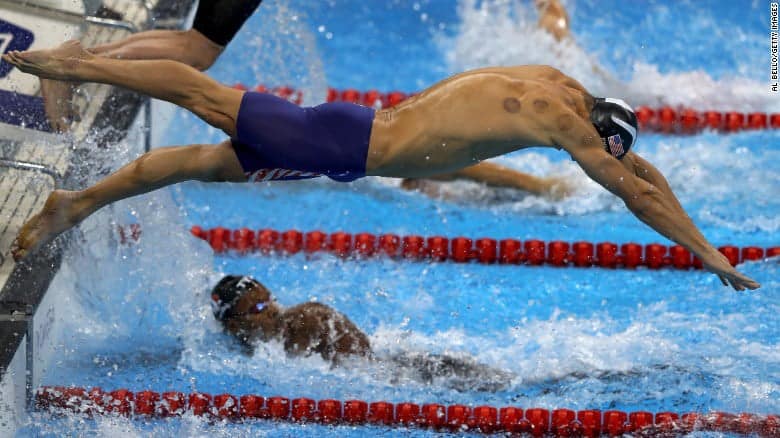 What are those purple dots on Michael Phelps?

As the 2016 Rio Olympics wind down and athletes return home (including our Canadians with a whopping 22 medals under their belts), we take a moment to appreciate the beauty of competitive sport at its finest. One of the most-watched races of the Olympics this year was Michael Phelps, Olympic Champion swimmer for the United states, who earned 6 total medals competing in Rio. Phelps not only made headlines for his prolific career, but for some distinctive bruising on his back and shoulders from a traditional Chinese medicine practice of cupping used to treat soft tissue conditions.

What are the secrets behind cupping therapy?

Cupping is an ancient Eastern practice dating back over 2000 years. It involves heated glass cups placed on sore parts of the body, which creates a vacuum, pulling the skin up into the cup. The suction stimulates the muscles by increasing the circulation and allowing the therapist to move the cups across the muscles for deep tissue stimulation. Heat generally helps to relieve tension and boost circulation in tight muscles. Other variations of cupping include plastic suction cups on a pump to adjust the degree of suction, but the overall effect is the same. Cupping ultimately relieves tension in muscle groups, thereby relieving pain. Though the internal pressure of the cup based on the suction level has a tendency to cause bruising, especially in those with sensitive skin, the bruises generally fade in four days or less.

At Pro Fusion Rehab, our physiotherapist and acupuncturist are both qualified to perform cupping therapy. Always consult with your practitioner beforehand to make sure the treatment is right for you; your therapist may recommend a combination of treatments and modalities for the best results. While we can’t make you an Olympic athlete by proxy, we can still treat you like one. For more information on cupping therapy, consult our webpage or call today!

Cupping: the secret behind those purple bruises on Rio Olympic athletes